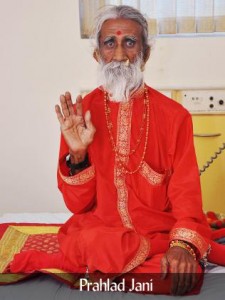 The Man Who Would Not Eat

This article was originally published in India Currents Magazine.

I am a scientist. I declare it so proudly. But I think many people have a distorted conception of what a scientist is, and, frankly, what science itself is. Science is not truth, not a body of knowledge, and not a set of technologies. Science is a philosophy and a methodology that assists one in seeking the truth, or at least some approximation of the truth. END_OF_DOCUMENT_TOKEN_TO_BE_REPLACED

The book starts with a ghost-tale and for some time it is a bit of a struggle to come to grips with the setting and the believability of the characters. But science comes to the rescue. The best writing comes in various discourses where science clears the mist like only science can. It is here that the writing is precise; the logic unflappable and the characters are in their element.

The scientist on romance:

Romantic love –its desperation, futility, ecstasy and agony– is best observed amongst the insectoid angels.

One part of the biological imperative is to obtain the best possible genes for ones offspring while simultaneously securing the best resources from ones mate. You see? Often that combination requires infidelity.

I have to remember this one.

Christian, Islam and Judaism were all desert religions whose fundamentals were established upon Vulcans searing Middle Eastern forge, hence insisting upon their austerity, their hallucinogenic contradictions, and their water worship, despite the inapplicability of such things to the myriad environments to which the faiths had spread. Madness, it all was madness.

Write fiction in English and set it in rural Bihar. It is a challenge that could easily see the best of even the established literary stars fail miserably. The author cheats somehow by transplanting his characters from the west but once you give him that, the rest is fantastic. The chemistry works; and so does the entomology. Hell, there is even a bit of casual sex with a woman amazingly liberal for the eco-system of the place. I grew up in a place like that and we had none of that; but then again, maybe there was.

I will let the author have the last word:

It is the arrogance of men that prevents them from perceiving the imperceptible, from allowing themselves to consider that which is not obvious.

Read it. Divine Elemental is unconventional, edgy, funny. And you will learn a thing or two about the amazing sex-life of the fig-wasp.

Kulpreet is an Ottawa-based tabla player and all-around gadabout. Visit him at Tandoori Beavertails. 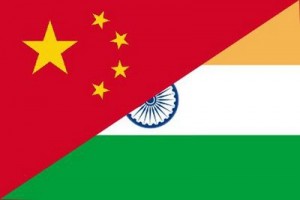 This article was originally a blog post at Deonandan.com on Dec 23, 2009. This version was published in India Currents Magazine on Feb 2, 2010.  Three days later, it was syndicated under the title, “Why India Has An Advantage Over China”, by New America Media.

These are interesting times to be a university professor in North America, with both anecdotal and objective data suggesting a steady decline in student motivation and skills. During the first session of every class, I’ve taken to relating to my students some of my observations from giving a series of lectures at Jawarlahal Nehru University in New Delhi some time ago. I tell them about how the students at JNU take their education much more seriously than do students in Western universities, about how they don’t complain about extra work or the difficulty of classes, but rather appreciate the increasing competitiveness of a globalised economy and therefore the importance of every small iota of knowledge or skills an educator can provide. END_OF_DOCUMENT_TOKEN_TO_BE_REPLACED