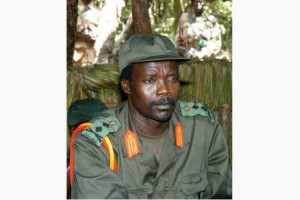 This article was originally published in The Toronto Star.

As a specialist in global health and development, I’ve been watching the Stop Kony/Kony 2012 phenomenon closely, trying to figure out what it means for the evolution of interventionist thinking in my field.

If you don’t know, “Kony 2012” is a media campaign by the U.S.-based NGOInvisible Children to bring mass awareness of the crimes of Joseph Kony, leader of Uganda’s Lord’s Resistance Army, for the stated purpose of encouraging Kony’s arrest and trial. In the world of development, this is considered a low-level intervention focused solely on awareness, targeted, it seems, primarily at the youth of the western world. It is not an advocacy campaign or a direct, physical intervention, but merely an effort to solicit an emotional response from individuals worldwide who are otherwise not directly affected by the LRA’s activities.

The NGO’s now famous YouTube video, which passionately describes Joseph Kony’s crimes against mostly young Africans, has received more than 52 million views as of the writing of this article. It has resulted in a tidal wave of support, both online and physically. Links to the video have been re-tweeted by hundreds of celebrities and thousands of casual viewers. “Kony 2012” rallies are popping up in cities across North America. This week on my university campus, I saw two-metre-high graffiti reading, “Kony 2012: Cover The Night.”

Optimistically, the campaign will leverage the good will of millions of people to create such a global outrage that governments will be moved to track down and arrest Kony, probably by using military force. More cynically, the campaign reinforces the shallowest, most anti-intellectual traits of western youth. As one writer put it, “if they haven’t heard of it, it doesn’t exist. If they suddenly care about it, then it’s the most important thing in the world.” And even more cynical is the oft-heard dismissal, “How many people sharing the video can actually find Uganda on a map?”

If you ask any specialist in the area, they will likely tell you that a fair proportion of interventions, whether awareness-based or direct physical action, do more harm than good. The more cynical specialists, among whose number I count myself, feel that the majority of interventions are harmful, due mostly to their simplistic conceptualization and limited perspective. The criticisms of the “Kony 2012” campaign are multi-faceted, but include the NGO’s overly simplistic view of the LRA situation. Ben Keesey, the CEO of Invisible Children, was quoted in an African newspaper saying, “The core message is just to show that there are few times where problems are black and white. There’s lots of complicated stuff in the world, but Joseph Kony and what he’s doing is black and white.”

Arguably, some issues are indeed black and white. For example, suffering is bad, joy is good. But the underlying causes of those issues are never so simplistic; and, more important, proposed solutions to any problem are never black and white. The casual naivete of Keesey is profoundly alarming, but is sadly neither rare nor surprising. The Keesey quote is a perfect example of a dangerous trope in international development of which I and other educators work hard to make students aware. It is born of the best of intentions, but at its heart is an arrogant, almost neocolonial sentiment that is fuelled more by emotion than by evidence.

When training volunteers to go abroad, I employ the terminology of Kelly Anderson and Azad Mashari, who suggest that “do-gooders” tend to fall between the extremes of “ethical paralysis” and “righteous seizure.” The former is the state of exasperated powerlessness in which a worker often finds himself after realizing that all development problems are so complex that almost any action will result in harm to the vulnerable populations he wishes to help. But the latter, “righteous seizure,” is the easy, default state of pretty much every under-informed but caring person who sees injustice and wishes to right it. “Righteous seizure” is characterized by a desire to do anything to address a perceived crisis, regardless of whether such action is effective or has unconsidered downstream ill effects. In my opinion, it is best exemplified by a 2005 quote from Sir Bob Geldof regarding the African famine: “Something must be done; anything must be done, whether it works or not.”

The problem is that when “anything” is done, it usually ends up doing more harm than good. In the case of food relief, for example, the effect is often the destruction of the domestic food production market or the empowerment of local warlords who use food as political leverage. The answer, then, is not to do “anything,” but to take the time to consider all the possible implications of one’s intended intervention. The track record of ill-conceived international interventions is so poor that philosopher Ivan Illich once implored good-intentioned do-gooders to come “climb our mountains, enjoy our flowers . . . but do not come to help.”

It is my position that those wishing to pursue international health and development interventions try to push themselves philosophically toward the “ethical paralysis” pole, without achieving the impotence and complete inaction that the term might imply. Even something as seemingly innocuous as an awareness campaign can be ethically problematic, especially when it unleashes as much outrage and energy as “Kony 2012.” The levels of incited action that the campaign has seen truly is inspiring. That some voices have called for a deeper consideration of its ethical dimensions is encouraging. But seeing those latter voices shouted down — on Twitter, YouTube comments and in other online fora — as apologists and moral relativists is, nevertheless, deeply disappointing.

I see the “Kony 2012” phenomenon as a ripe moment for public education about the ethics of international health and development. It may not result in the alleviation of the suffering associated with the LRA, but it may inspire a new generation to consider the nuances and complexities of global politics and the roles of each of us in both the sustenance and potential abrogation of suffering.

Raywat Deonandan is a global health specialist in the Interdisciplinary School of Health Sciences at the University of Ottawa.