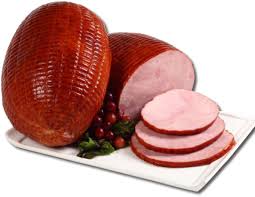 Charisma Is The Greek Word For Ham

…”What determines a charismatic wrestler?”

My apologies for having been away for so long. Once again, I take a hiatus and return to a wrestling world chock full of change: Steve Austin on the lam, Davey Boy dead and Russo back in the WWE. Man, Ive got to stop going away!

So I was in Bermuda last week, where I crashed my scooter in a parking lot. (Yes, yes, I know. My driving sucks. Lets move on, all right?) A mild concussion, many X-rays, a CAT scan and a $2000 medical bill later, and Im already planning a trip to Malaysia! No scooters this time, though.

Why do I bring this up? Only because, while having my wounds treated, I once again ventured across that unholy line into the demesnes of dorkdom. As I was being dragged through the CT scanner, my mind happily wondered if this was how Bret Hart felt after getting mule-kicked by Goldberg. A thousand miles away in tropical Bermuda, and I was thinking wrestling. Not just any wrestling, mind you, but old washed-up wrestling. Sad, sad, sad.

Okay, here is where you get to witness perhaps the most awkward segue in Internet journalism history… People say that both Bret Hart and Goldberg were really charismatic.

I am reminded of a comment by one of the trainers in Tough Enough. He said of Maven, “no matter who is in the ring, or what theyre doing, I cant take my eyes off of Maven.” Does Maven have charisma, or is he just good-looking?

This column has previously cited the legendary literary theorist Northrop Frye. Besides being a patron and fixture of my alma mater, Victoria College at the University of Toronto, the late Dr. Frye was famous for his 1957 book, Anatomy of Criticism, in which he charted out the standards of symbolism and structure in Western fiction. I would not be surprised if Dr. Frye, a lover of great mythical archetypes, was a closet wrestling fan.

Dr. Frye supposedly once said that, “charisma is the Greek word for ham.” Presumably, he meant that, in archetypal or dramatic terms, one can consider “charisma” to be overbearing performance or superfluous emotiveness. This has never been more true for a genre than for wrestling. Pro wrestling is an artform replete with outrageous figures and stories which summon from our erudite subconscious the words, “Messianic” and “Apocalyptic” –testament to Northrop Fryes insistence upon the “Great Code” of literature and drama, that most Western stories spring from Biblical or quasi-Biblical themes.

Let us consider the most “charismatic” figures of recent wresting history. For my money, the top names would be Hulk Hogan, Ric Flair, Mick Foley, Steve Austin and The Rock. I dont want to offend my Christian readers, so lets keep this analysis shallow and just say that we can all see the parallels of these characters with Biblical figures, particularly those of the Old Testament. Moreover, Undertaker and Austins flirtation with religious iconography and Jeff Jarretts moniker of “Chosen One” are clear acknowledgments of the genres theological underpinnings.

What does that have to do with “charisma”? Well, if I might extrapolate from Dr. Fryes famous treatise, those behavioural elements that we of the West recognize as “charismatic” are necessarily reflective of the “Great Code” of Fryes Biblical storytelling. Not surprisingly, ancient Christians used the word “charisma” to describe extraordinary powers, like the power to heal, which were divinely given to believers by Heaven.

Enough of that nonsense. In good conscience, I couldnt go down this road without invoking Dr. Fryes holy name at least a couple of times. But, in simpler terms, what does it mean to be charismatic? I asked a friend to define it, and she was unable to do so without using unspecific New Age words like “energy.” (I have a physics degree…. I cringe when I hear “energy” used in anything other than a physics context.)

Harvard anthropologist Charles Lindholm says that charisma involves “a compulsive, inexplicable emotional lie.” This is a fascinating definition since it necessitates an element of deception, as if a performer delighting in the display of charisma is exaggerating his abilities. Fryes “ham” allusion might have been accurate, after all.

Tony Alessandra, seemingly an online Tony Robbins clone, defines charisma as “the ability to influence others positively by connecting with them physically, emotionally and intellectually.” More New Age nonsense. Hitler, Stalin and Nixon were charismatic men, no? Where was their positive connection? The broad gap between Alessandras and Lindholms definitions underlines the tenuous grasp we have on this essential characteristic. Yet, without exception, we all know charisma when we see it.

Wrestling charisma is no different from the old-fashioned dictator charisma of Hitler and Stalin: it involves grand motions, physical presence, commanding voices and tempered deliveries. This is unlike the charisma of movie stars and models, who must exude charm through quiet and intimate appeal, not grandiose manoeuverings. Compare the charisma of The Rock to that of his buddy Bruce Willis, for example.

Despite this difference, there is that untenable quality that defines a charismatic individual, something that transcends behaviour and calculated actions. In other words, charisma probably cannot be learned (sorry, Chris Benoit), but might possibly be emulated. The intangible is not a physical construct (like an odour or pheremone, as some have suggested), since it reaches out through television screens. Instead, I believe the intangible is the sum total of minuscule but multitudinous and orchestrated gestures, inflections and rhythms.

The Rock is the paragon of wrestling charisma, at least in todays manifestation. His in-ring work lacks the subtleties of a Ric Flair, but thats a matter for a different kind of athletic, rather than personable, charisma. Instead, Rock combines impeccable timing, posture and delivery to project an aura of undeniable attraction. When you see Rock, whether you love him or hate him, watch him when he is silent: that is when his intangible qualities shine most brightly. Through posture and sheen alone, a truly charismatic individual can keep ones attention fixed even with silence and immobility.

Or maybe its all just ham. Don’t ask me, Ive got a concussion.