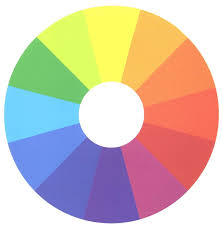 I’m a brown guy. Not an Indian or an Indo-Canadian or a Canadian-Asian or – God forbid! – a “person of colour.” I’m basically brown, and other brown guys nod to me in a show of solidarity when they pass me on the street.

No, this isn’t some hitherto unreported ethnic conspiracy. So calm down.

It’s like when you encounter another Westerner while traveling in an exotic land; you say hello because you’ve found someone who is different in much the same way that you are different. And no, we don’t have midnight basement meetings and plot the overthrow of the white patriarchy. We’re much too busy paying off mortgages and student loans.

But this ubiquitous need to belong to a club, even something as flimsy as a bunch of people who nod to each other because of an arbitrary shared characteristic, does remind us of one thing: that the penchant for exclusivity, the epiphany of racism, is not restricted to white race alone.

That thing stupidly called “reverse racism” is all too possible. What is it? It’s when “people of colour” (a despicable term) act in an exclusive manner against “whites”.

What poorly read activist fool invented this abhorrent term, anyway? “Reverse racism” implies that regular racism, its obvious converse, must be that which occurs in cases where white people discriminate against non-whites. What do you call it, then, if a black man shouts racial slurs at a Chinese man, or vice versa? “Lateral racism?”

And how about this “white” thing? Those who call themselves “white” are actually sort of pink, which makes them “people of color” too. (Not to be confused with “coloured people.” That’s a whole other kettle of multicolored fish, my friend.)

What on Earth is a “person of colour”? There are the “blacks” of course. But blacks actually come in a variety of shades from mildly tanned to dark brown. Why then is there only one word for them? And why is that word always changing with the political climate?

Then there are we lighter brown folk. No one ever knows what to call us. (Indians? Indo-Pakistanis? South Asians?) And we never make a fuss about it, so no one ever really gets around to calling us anything. Most of the time.

Most of us have long lumped Oriental faces into the patronizing grand pool of “people of colour” even though, technically, they are the only true white people on this planet. But for some unknown reason, Westerners refer to them as “yellow.”

Furthermore, the typical lug on the street will call any white-skinned Asian with epicanthic eye folds “Chinese,” though he may in fact be of Japanese, Korean, Vietnamese or Indonesian strain.

This reminds me of a survey taken a couple years ago of students at Queen’s University in Kingston – long a bastion of cosmopolitan multiculturalism, let me tell you. Respondents were asked to tick off their ethnic/racial origin. Listed were Irish/Gaelic, Scottish, Scandinavian, Saxon, Slavic, Greek, African, South Asian and Oriental.

Okay, maybe I’ve bastardized the survey a bit, but the point is manifest: We continually recognize a few hundred different kinds of white people, and lump everyone else into their continental groupings. To an outside observer, differentiating between a Gael and a Scot is like separating an Indian from a Pakistani: in the grand scheme of things, they ain’t that much different.

The languages are both foreign enough to be beyond comparison; the manners of dress are indistinguishable from one another, and the foods, customs and religions are more similar than different. It seems, then, that to a suitably objective observer, the differences between the pair are more political than anything else.

It’s much the same as we North Americans trying to figure out what the heck all the fighting is about in the former Yugoslavia. This is an ethnic war? They all look and sound the same to me!

We can get so caught up in what to call ourselves – or what we’d like others to call us – that discourse on this matter often gets bogged down in lexicology. Sometimes I think we all just need a good slap.

Ray Deonandan is a co-owner of The Podium.