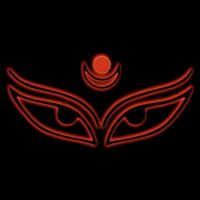 A version of this article originally appeared on IndiaStar.Com in January of 1998. It is reproduced here with the author’s permission.

Writers in India face hurdles that are almost unknown, or at least more subtle, here in the West. Barriers of sex, class, race, geography, religion and language are flagrant and sometimes officially sanctioned in India. It is no surprise that the well-known subcontinental names are from elite families, from specific ethnic and linguistic groups, British educated, and are most often male. The struggle of publishing in India is to uplift the disadvantaged groups to a position where all voices may be heard.

Still, a writer who is of a lower caste, female and not a Hindi or English speaker, has a difficult time finding a sympathetic publisher.

Into that struggle has arisen Kali For Women, Asia’s first feminist publishing company. Founded in 1984 by Ritu Menon and Urvashi Boutalia, and bankrolled by a $100 investment, Kali‘s first two books set the stage for its favoured themes: one on Asian women and media, and another on the Indian women’s movement. Now, the house produces 12 titles a year, evenly distributed between women’s studies, general interest nonfiction, fiction, biographies and memoirs and a range of primers, handbooks and monographs for activists.

“Women’s work was not being published,” co-founder Ritu Menon declared when we met in Kali‘s New Delhi office. “There was some of it in the social sciences, but little elsewhere. We wanted to cover the totality of writing with a gender perspective.”

Today, Kali is well respected as a producer of high quality fiction, historical and academic text. The house has helped to develop names that are now worthy of marquee status in some circles: Gita Sen, in feminist social theory, and Nayantara Sahgal, a popular fiction writer and a member of the Nehru family.

Kali’s most successful book thus far, however, has been Vandana Shiva’s Staying Alive which is in its 5th edition in India, and in multiple editions in the U.K. and U.S., plus translations into 6 other languages. Kali co-founder Urvashi Boutalia recalled how Shiva had balked at the idea of writing a book.

“She said, ‘I’m not a writer, I’m an activist!’ and I replied, ‘writing is a subversive activity, too, you know.'”

Shiva has since written a book every year for Kali.

The concept of a feminist publisher is a difficult one for mainstream India to digest. Since Kali is also the name of a Hindu goddess, the Delhi office still receives calls from families believing the house to be a religious centre or a marriage registration service. Calls are also received from women believing Kali to be a counselling centre; such callers are distressed, depressed, and sometimes face domestic violence or suicide.

This led to one of Kali‘s early achievements, The Kali Diary, now famous in development circles, which provides a list of women’s organizations, something difficult to find in a society short on organized information.

It is no surprise, then, that Kali benefits from a loyal audience of activist women. However, according to Boutalia, “no book publisher in India knows who their audience is, except for maybe the textbook publishers.” This is because India lacks the information infrastructure that facilitates business in the West. There is no systematic survey of Indian book-buying, no reliable market research.

Lacking such hard evidence, the two founders disagree on where in India their major markets lie. But both seem to believe that the so-called “Hindi Belt” of northern states is where most of their books end up, primarily because it is to that population that most of India’s media products are directed. Kali is making a conscious effort, however, to publish more writers from less vociferous linguistic groups like Bengali and Tamil.

While the Indian female literacy rate hovers around 40%, Boutalia does not believe this to be the major obstacle to her books’ degree of penetration into Indian society. “Physical distribution is the real issue,” she said. “In the state of Kerala, the literacy rate is believed to be almost 100%. Yet women there are published the least and are read the least.”

There is no question that Indian feminist activism is alive and vocal, but where Western feminist organizations have suffered some degree of derision arising from an inability to coordinate a cohesive vision, the Indian feminist conception is one of a battle fought on several well-defined and separate fronts. In comparing Western to Indian feminism, Menon observed, “the perspectives are different, but the issues are often the same.” The Indian feminist issues of current fashion involve the environment and globalization, not surprisingly mirroring trends in development work. Kali books reflect these concerns.

Perusing the shelves of the Kali main office, I catch two titles: Courtyards Of My Childhood, by octagenarian Romola Chatterjee, which tells of Chatterjee’s childhood in the British Raj, and assumes to embody “oral tradition in print”; and Hot Death, Cold Soup, an anthology of short stories by Manjula Padmanabhan, which reads as well as any Vikram Seth opus. But Boutalia declares that it’s unlikely that the book will make it to North American stores. The penetration of Western markets has never been a priority for Kali.

Award-winning author Moyez Vassanji (The Gunny Sack and The Book of Secrets) once told me that India produces great writers because their oral traditions compel Indians to collect stories in their heads. Sri Lankan-Canadian writer Shyam Selvadurai (Funny Boy) went further to imply that Indians simply write well, perhaps testament to a classical education system. Kali For Women builds on the strengths inherent in the Indian writing tradition and adds a spirit of social urgency. In a nation struggling with political, ecological and economic concerns that dwarf our petty worries, it can be inspiring to hear of such a niche-marketed venture that continues to thrive despite its altruistic motivation.

Ray Deonandan is a co-owner of The Podium and a prolific freelance journalist. His personal website may be found at www.deonandan.com