This article was first published in The Toronto Star on Mar 17, 2020. A longer version is available here. 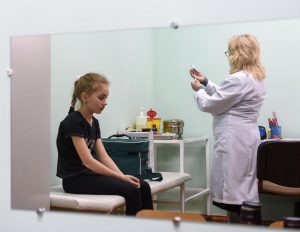 David Suzuki used to tell the story of going to a dentists’ convention and being amused that everyone there looked at his teeth before looking into his eyes. It was a reminder that we all see the world through the filters of our professions.

The ranks of politicians are overrepresented by two occupations: lawyers and businesspeople. Unsurprisingly, the issues that obsess our governments are either legislative or commercial. Certainly, such leaders have shepherded us through war and calamity, creating robust judicial and economic systems.

But we live in new times with challenges previously unseen. Climate change is a looming existential threat. Awesome capabilities in computer science and artificial intelligence are re-imagining warfare, employment, privacy and human intimacy. And, of course, COVID-19 presents conceptual challenges that demand a deeper fluency in health and population sciences.

In short, it’s time for scientists to challenge for political leadership.

Leaders cognizant of epidemiology might have prioritized the hardening of Canada’s pandemic plans, rather than allowing us to linger fifth in in the world’s preparedness rankings (according to the 2019 Global Health Security Index). They might have invested more in disease surveillance programs or addressed scalability in our health-care system.

Those same leaders could have helped to quash vaccine hesitancy, avoiding clusters of resurgent vaccine-preventable diseases like measles. These clusters flourished in large part due to leaders not fully digesting the likely results of large-scale vaccine avoidance.

The need for science fluency among political leaders is paramount for one simple reason. To quote chemist Mark Lautens, now, more than ever, “facts matter more than rhetoric.” The public demand for straight answers in the wake of COVID-19 is matched in consistency only by that same public’s disdain for vagueness and message management.

Meanwhile, headway on combating climate change seems perpetually stalled by disingenuous misunderstanding and miscommunication of statistical data and the conflation of climate with weather. This is made possible because both legislators and the public often share an ignorance of the science at the heart of the issue.

But just as we should shun scientific illiteracy in our leaders, we must also beware the tendency to lionize scientists as priestly purveyors of singular truth. In the words of Maggie Koerth, “science has never truly been separate from the political system that funds it and uses the tools it creates.”

Even scientists are a politicized cadre with biases and blind spots. Science fluency does not magically impart fairness and objectivity. Rather, it removes the barrier of comprehension to rapid and decisive action on the time-sensitive issues of our technological age.

This century’s existential issues are not another modification to the Constitution or the renegotiation of yet another trade deal. Rather, our wealth, health and security will depend upon how we manage the varied products of our technological civilization. To weather this time of accelerating and unprecedented change, scientists will have to lead, and leaders will have to embrace science.

Raywat Deonandan is an epidemiologist and associate professor at the University of Ottawa.