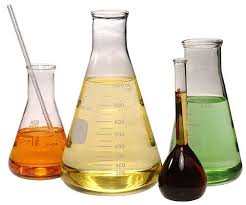 Mixing Chemicals In The Ring

…What constitutes good chemistry in wrestling?

According to a gossip website oft pimped by Hyatte, Alyson Hannigan likes threesomes. Not sure if that makes her more or less attractive to me. I suppose it will depend on whether it’s two girls or… Oh, never mind.

I just finished reading Tom “Dynamite Kid” Billington’s autobiography, “Pure Dynamite.” It’s not a Mick Foley mass-consumption product, especially given Billington’s penchant for insider lingo and his seeming unwillingness to cop to wrestling’s scripted nature. But it’s a fine page- turner that rings with a cockney purity and an honest sensibility.

Billington mentions a few times how he never really knew his cousin and tag-team partner, Davey Boy Smith, yet their in-ring coordination was seamless. He tells of being able to sprint toward Smith, the latter knowing instinctively to body press him and launch him head-first into an opponent. Such timing –such chemistry was lacking when Billington teamed with partners who were nevertheless, in his eyes, better and more trustworthy technical wrestlers.

Much like charisma, chemistry is one of those terms we bandy about without stopping to consider its meaning. In life and love, we experience personal chemistry as a compatibility of personalities, a commonality of references, attitudes and opinions, and often as a spew of pheremones (perhaps the only true “chemistry,” in the pure etymological sense of the word.)

In the world of entertainment, we consumers perceive chemistry between characters in a movie, for instance, as being reflective both of a script which tries for this effect, and of a genuine camaraderie between the actors who portray the roles. We are savvy enough to tell when one or the other is lacking, hindering our ability to accept that true chemistry is occurring. Batman and Robin are written as “old chums”, for example, but Chris O’Donnell and George Clooney may as well be acting in different movies, as no real affection radiates between them. On the other hand, Peter Lawford and Frank Sinatra in “Oceans 11” project a genuine rapport, since such a relationship not only exists in the movie’s script, but also in real life.

In wrestling, chemistry is often forced upon us, with tag teams thrown together and storyline alliances forged on questionable premises. Do Chuck and Billy have chemistry? I don’t think so. They appear to hate their gimmicks as much as does the audience, and don’t seem to like each other particularly well, either. Yet no one can deny the puissance of the Rock and Sock connection: Rock and Foley weren’t a well-oiled tag machine, like the Bulldogs were, but they enjoyed each other’s company, and the fans responded to their relationship.

Chemistry is sometimes manufactured for storyline purposes, as in the Mega Powers, Hogan and Savage. I suppose in real life, those two legendary figures were maintaining some sort of off- screen friendship, but that’s not what we saw in the ring. Instead, the Mega Powers were clearly two individuals with massive egos, each worried about the other potentially overshadowing him. And yet, in that one case, it sort of worked. On a very unintentional level, the real life distrust and competition between Hogan and the Macho Man was compelling viewing. Fans suspected that a rivalry was simmering beneath the surface, and that a split was imminent. That, too, is a kind of chemistry, one born of genuine unforced narcissism.

One must distinguish between wrestlers having technical chemistry while working with each other, and wrestling characters having dramatic chemistry for the purposes of forwarding an angle. Billington and Smith had technical chemistry, no doubt. The Bulldogs were, for my money, the finest North American tag-team of their era. Other teams of that period, like Demolition or The Road Warriors, certainly worked together well, but did not complement each other’s movesets. Another good example of physical or technical chemistry was that between Bret Hart and Jim Neidhart: each knew their respective roles in the ring, and worked to allow their movements to flow into his partner’s.

In the modern era, both kinds of chemistry –dramatic and technical are difficult to find. There are only a handful of tag-teams who seem to understand each other’s strengths and weaknesses: for example, the Hardys and, before they broke up, Edge and Christian. However, opponents who work together well are more common today, mostly due to the superior athletic skills of the modern wrestler. Kurt Angle and Steve Austin, for instance, rarely have style clashes with an opponent, and almost always manage to play the game of seamless give-and-take to near perfection.

But the modern era is one of theatre first, athleticism second. In this sense, dramatic chemistry has grown to be preponderantly more important. Triple-H and HBK may suck together in the ring –in fact, I expect them to stink up Summerslam real good but there is genuine affection between the two men. It shines through even when they are supposedly feuding. Affection breeds mutual respect and helps to avoid the clashes that often happen when big egos try to work together, stepping over each other’s lines in an effort not to be seen as the lesser man. This kind of chemistry sells PPV buys, but cannot guarantee a pay-off in the ring.

As with all things of artistic value and beauty, chemistry is an intangible that will defy any attempt to define and quantify it. Yet without it, all forms of theatrical entertainment may as well be performed by highschool kids barely able to read the cue cards. Chemistry is more than good acting or good roles or good stories. It’s an interplay between performers that belies a truer understanding of each other than the material alone can properly translate. Chemistry implies depth, not necessarily of content but of history and personality. While charisma is the key to a performer’s individual elevation and acceptance, dramatic chemistry is the fuel for truly entertaining character interaction, whether it be on the silver screen, your local street theatre or in the squared circle.

This is Raywat Deonandan, and you can find me at www.deonandan.com.