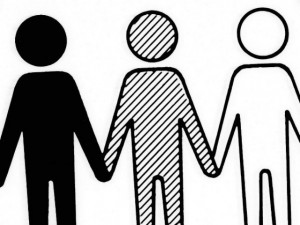 A version of this article first appeared in The Toronto Star on April 18, 1995 (with much consternation from incensed letter-writers).

To those of us in the industrialized north, 975 dollars can pay for rent for a month or two. It can be a down-payment on a used automobile or tuition for half a term at a local university.

It is also the price of an immigration application to Canada, as declared in Paul Martin’s landmark budget. And to applicants in the developing world, $975 can be an unattainable fortune. In India, for example, this amount of money is about the same as an individual’s annual income.

Anyone who can save that much money, it can be argued, has no need to come to Canada. Without marginalizing their large ethnic constituency, the federal Liberals have succeeded, with this enormous application fee, in satisfying the conservative voices who have been demanding immigration decreases for several years now.

With this policy change comes a more direct affirmation, that the kind of immigrants Canada wants are wealthy. This is nothing new, of course. Over- staffed Canadian consulates in Hong Kong, for example, have long been known to list bank balances above other immigration criteria, including language abilities, work ethic, age and socialization.

But is this the direction we need to be taking? Admittedly, there is an unfounded perception of immigrants as being burdens to Canadian finances, and over-represented contributors to Canadian crime. No amount of contrary data will alter that perception in the short run, as it is based largely on a population’s need for a scapegoat. The more immediate danger, however, is that Canada’s real immigration needs will be overlooked because of this misperception.

Canada does not need wealthier –and therefore older– newcomers. It needs a vital infusion of young reproductive stock. The Canadian pension plan will be bankrupt by 2015 as the number of old people receiving pensions increases relative to those contributing to the plan. Unless Canadians start multiplying like rabbits or we begin to import young people from other countries, our debt crisis will continue to be exacerbated. No amount of cost-cutting or revenue enhancement, like the application fee, will prevent the impending need to borrow money to maintain old age pensions.

Debt relief is best achieved through a continued economic prosperity that flows from balanced productivity. And productivity among families is most efficient when the family is unified. There is no word yet on how the $975 application fee will affect the family reunification process, at present the most popular avenue of immigration to this country. For many cultures, the family is a single economic unit; to deny its wholeness is to denigrate the very idea of fiscal responsibility that the budget is intended to uphold. If it is too expensive to allow a grandmother entry, for example, who will baby-sit the kids while the parents work and contribute to the economy?

The issue of federal fiscal responsibility cannot be resolved with mediocre short-term measures. The $975 immigration fee is such a measure. Not only does it serve to appease a right-wing fringe wishing to establish an economic scapegoat, but it lessens the potential for immigration to truly contribute to Canada’s pecuniary recovery.

Ray Deonandan is a co-owner of The Podium. His personal website may be found at www.deonandan.com.

The following are letters from Toronto Star readers in response to the above article:

Ray Deonandan should re-examine the second last paragraph of his “Talking Point” article, New administrative fee is a discriminatory head tax (April 18). In it he states, “There is no word yet on how the $975 application fee will affect the family reunification process, at present the most popular avenue of immigration to this country.”

My understanding is that family members need to be sponsored, and that the sponsor has to demonstrate they are in a financial position to maintain the immigrant family member upon arrival.

Would Deonandan begrudge paying the $975 fee on his grandmother’s behalf, so that she could arrive and, as he puts it, “baby-sit the kids while the parents work”? The fee would be recouped in less than one month.

When I read in another part of The Star that 40,000 sponsored immigrants receive social assistance payments in Ontario, it tells me that the so-called “head tax” acts as a gentle reminder to sponsors that they should not assume the onus of sponsorship in a frivolous manner.

Re Immigrants sue over welfare cuts (April 18). Raj Anand, a human rights lawyer, has filed a class action suit for sponsored immigrants on welfare, whose welfare payments have been reduced automatically by $100 a month.

Anand, rather than wasting more taxpayer funds, should be chasing down the so-called sponsors of these poor immigrants.

Why are they not being helped by the people and families who sponsored them, instead of milking our social security system?

In the same edition, the “Talking Point” column by Ray Deonandan, is more whining about the new $975 fee to be imposed on refugees and immigrants entering Canada.

I emigrated to Ecuador. Processing my landed immigrant papers to a Third World country was time-consuming, frustrating and cost me a lot more than the $975 it costs to come to Canada.

During my 15 years as a resident in Ecuador, I paid a lot of taxes, yet got little in return. Ecuador did not provide me with free medical care, free schooling or training, nor did I qualify for low-cost housing, day care, and pensions.

And when I finally left Ecuador, I had to pay for a permiso de salida, a special tax that all residents and Ecuadorians have to pay because they are not at home contributing to the local economy. I also had to pay a 40 per cent capital gains tax when I sold my principal residence.

Canada does need immigrants, and lots of them so we can continue to enjoy our high standard of living. We do not need other countries’ criminals, and savvy folks who milk our system then whine about how badly they are being treated.

Immigrants, sponsored or not, should not get welfare. If they are old or infirm, they must be supported by their sponsors.