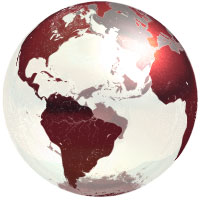 Overdue for a Pandemic?

According to the World Health Organization, more than three dozen people have thus far been killed by the new strain of avian flu in Asia. While each death is tragic, the sum of mortalities is nonetheless seemingly paltry when compared to the 3.1 million deaths from AIDS in 2004, or the 2.7 million from malaria or the 1.7 million from preventable diarrhea. Yet the medical world is restless over this particular strain of influenza, with the head of the Centers for Disease Control, Dr. Julie Gerberding, declaring last week that avian flu represents “a very high threat” of becoming a deadly pandemic. The WHO’s Western Pacific regional director concurs: “We at WHO believe that the world is now in the gravest possible danger of a pandemic.”

It’s useful to step back for a second and consider how the words “epidemic” and “pandemic” are used medically. Both enjoy soft definitions: an epidemic is commonly considered to be an outbreak of disease whose incidence is greater than otherwise expected, while a pandemic is the occurrence of several simultaneous outbreaks in different parts of the world. Both are typically judgement calls. Clearly, the arrival of a pandemic indicates a critical development in the progress of a virulent pathogen, particularly from a resource management point of view. It means that limited containment and treatment resources -personnel, medicines, vaccines, expertise, relief, etc.- must be committed to several locations at the same time, typically without international coordination.

Without question, HIV/AIDS is the plague pandemic of our time. Not only did it newly infect almost 5 million people last year (13% children) and kill 3.1 million (16% children), but it hobbles national economies and decimates whole cultures, resulting in a lasting impact on countless more people than just those who are infected. It does so by being relatively easily transmitted and seriously lethal, and by affecting mostly people in the prime of life. For all its horror, though, HIV is thankfully not airborne like the flu virus; if an AIDS patient sneezes in your presence, you won’t need to be quarantined.

But influenza is frightening for that very reason. The ease with which it travels through the air, now facilitated by rapid 21st century air travel, means the virus can move from a mucous membrane in Vietnam or Thailand to one in Toronto without the intimacy required for HIV transmission -a frightening truth learned by Canadians during the SARS outbreaks of 2003. A sudden pandemic of flu is therefore always a very real possibility.

The so-called Spanish flu of 1918 is the most famous influenza pandemic of modern times, though at least two others of the 20th century are recognized: the Asian flu of 1957-58 and the Hong Kong flu of 1968-69. The Spanish flu is thought to have killed up to 50 million people worldwide, half of whom were young and healthy; indeed, it likely played a major role in stopping World War I by removing young men from the battlefield. Its path of misery is the scary bedtime story told by epidemiologists to keep the world alert to the arrival another such airborne demon. While the origin of the 1918 virus is still largely unknown, the other two pandemics are thought to have been the result of a mutation of the avian flu virus, hence the sober concerns surrounding the recent emergence of a particularly nasty avian strain.

The influenza A virus –the type that typically resides in animals, the avian variety of which often remaining dormant in wild birds but with the ability to awaken and kill domestic birds- has a tendency to mutate. Close human association with domestic animals, particularly in cramped parts of Asia, makes the flu virus a regular yearly annoyance for most of us. Regular small changes in its genetic make-up are called “drift” and are the cause for our need to subtly change our vaccine formulation every year. But another type of sudden change is called “antigenic shift” and can result in an entirely new viral organism, against which we humans often have no natural immunity. It’s this kind of dramatic genetic change that can cause a sudden deadly pandemic.

The current strain of avian flu that has observers worried is the H5N1 variety, first discovered in 2003. It can mutate quickly and is especially deleterious to human health. It has the ability to acquire genes from other viruses that might be infecting the same host, thus eliciting the dreaded antigenic shift. This means that if a single person were to become infected with both the avian flu and a typical human influenza virus, the sharing of genes could allow the emergence of a hybrid strain that is more easily acquired by humans. And that would mean the beginning of a major outbreak, potentially leading to a serious pandemic that could kill many thousands.

The H5N1 strain has a very high mortality rate: So far, about 72% of infected humans have died. If it were to mutate into a variety better suited for human acquisition, it would be a killer. By most accounts it has not done so yet, so a deadly pandemic is not imminent. However, mass flu pandemics tend to occur in 20-30 year intervals. It’s been 40 years since the last one, so we’re a bit overdue. But until word of an uncontained mutation is confirmed, the true global public health concerns must remain HIV/AIDS, malaria and diarrhea, the unglamorous steady killers of our time.