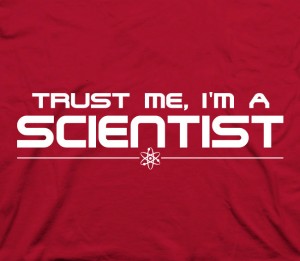 The Politicization of Science

This is an original Podium article that was reprinted in India Currents Magazine in March of 2008.

Many years ago I interviewed for a job with a Washington-based law firm that was interested in me, an epidemiologist, for my skills in science research design. Their intent was that I would attack the science underlying the claims being brought against their major clients –mostly tobacco companies being sued for health damages caused by cigarette smoke.

“If I took this job, how would I sleep at night?” I asked myself. “On a bed of money,” came the subconcious reply.

I ultimately chose another path, but the lesson was not lost on me: though there is an undeniable causal link between smoking and poor health, there are sufficient cracks in the scientific methodology used to quantify that link that a disingenuous expert with my background could likely foment doubt among non-expert jurors, simply by prising those cracks into yawning chasms. In essence, one can use science’s own persnickety nature to attack it.

One can argue, for example, that only randomized clinical trials (RCTs) can confer any sort of confidence for establishing causality between an exposure like cigarette smoke and an outcome like lung cancer. But it is impossible, both ethically and practically, to perform such trials because it would mean forcing a group of people to smoke for decades while eliminating other confounding carcinogenic exposures from their lives. As a result, scientists have deduced the causal relationship between cigarettes and poor health through an abundance of strong, but sometimes indirect, evidence. Even so, the lack of RCTs provides an opening for the industry-paid scientific hitman, as does the proper scientific tradition of using careful language, such as “smoking MAY cause cancer” and “further research is needed”.

This is the tack being pursued by an increasingly emboldened political class who perceive science as an ironic tool for pushing forth an unscientific agenda. It was American journalist Chris Mooney who first identified the trend of politicians peppering their rhetoric with the phrase “sound science” in order to justify policies that are quite unscientific. Indeed, as Mooney reports, in 1993 Philip Morris created a nonprofit front group called The Advancement of Sound Science Coalition (TASSC) to fight against the regulation of cigarettes, using many of the same arguments put forth above. Similarly, Dick Cheney’s 2001 energy task force conveniently recommended accelerated oil and gas drilling in Alaska based on “sound science and the best available technology.”

Where the science is not conveniently malleable, focus then switches to the language of scientists. The most obvious example is the hoarse cry of Creationists who insist that since Evolution is a “theory”, it should not be taught as fact. This is a deliberate misunderstanding of the way that science uses the word Theory (with a capital T): a set of facts that are generally understood to be accurate and defensible, such as the Theory of Relativity and the Theory of Gravity, and not simply as a throwaway notion that may or may not be true.

Last year’s publication in The Lancet of a famous study estimating that 650,000 Iraqis had been killed as a result of the US invasion laid bare the pro-war class’s disconnection from both the methods and purpose of science. Instead of seeing the study as a bit of evidence that could inform policy or stimulate needed discussion, the attack dogs were let loose on the study’s authors, the journal, and on the limits of scientific investigation itself. Most unbelievable were accusations on various right wing blogs that The Lancet itself had lost all credibility because by allowing the publication of such a study within its hallowed pages it was, as one anonymous poster put it, “siding with the Jihadis.”

President Bush himself waved off the study, saying it had been “discredited”, but never clarified who had done the discrediting or where said definitive discrediting was published. The message: unless a scientific investigation renders a verdict in line with one’s preconceived agenda, it is clearly biased.

This behaviour is in stark contrast with the right’s treatment of the science surrounding Climate Change. In 1997, the right-leaning Wall Street Journal published an essay called “Science Has Spoken: Global Warming Is a Myth” by Arthur Robinson and his son Zachary, who run what appear to be a home-schooling operation called the Oregon Institute of Science and Medicine, at which Arthur Robinson is the only paid staff member. That article, which presented a re-analysis of global temperature data, concluded that Climate Change is not real. For years, it was the centrepiece of anti-Climate Change websites, publications and lecture series.

But the Robinsons’ analysis, which was written in the style of a peer-reviewed paper, appears nowhere but in the pages of the Wall Street Journal. It has not been published in any form in any known scientific journal. Yet, a response letter submitted by leading scientists –including one from NASA– which elucidated the errors in the Robinsons’ article, was refused publication in the WSJ. The result, of course, is that a minority viewpoint from a source without reputation was given inflated importance to support the underlying agenda of a powerful backer, in this case the Wall Street Journal.

The filter in science that is a natural check against such abuse is the peer review process, in which every paper must be vetted for methodological errors by a panel of globally recognized experts before it is allowed into the pages of a reputable journal. By using the language of science and its writing format, but bypassing the critical peer review process, the Robinsons disingenuously created the illusion that Climate Change had been definitively disproven.

The beauty and value of science is in its pure intent: to objectively describe the universe by drawing conclusions from the data and only the data. The ugliness of science’s politicization is in the reversal of this intent, the exploitation of science’s apologetic nature to correspond to a pre-existing agenda. Society’s best defence against such ugliness is improved scientific literacy at all levels, and it behooves us to seek out such literacy before public scientific discourse is further confounded and politicized into utter pointlessness.

Dr. Raywat Deonandan is an Ottawa-based epidemiologist and international health and communications consultant.