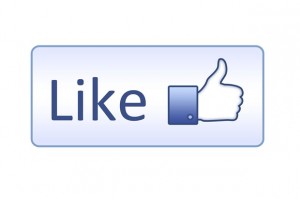 …Enough negativity. Here are some things I actually like about WWE programming.

Boy, these “weekly” columns are getting to be semi-annual events, huh?

I received Scott Keith’s book, Tonight In This Very Ring, recently, and it’s proving to be pleasurable subway reading. I’ll try to get my review posted here in a few days. While on the topic, my new novel will be in stores this coming Fall. But since it isn’t wrestling related, this is all the pimping I will do for it in this venue.

Congratulations to the Great Sasuke (Masanori Murakawa) for having been elected to a seat in the Japanese parliament. Apparently, he’s now lobbying to keep both his stage name and his mask while holding office. Ahhh, satire, thine name is True Life. 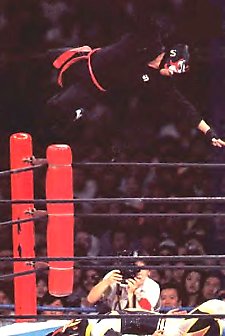 However, I have been watching WWE programming, somewhat regularly. (It is, after all, somewhat more compassionate, humane and intelligent than Faux News). But I often find myself channel surfing through half of the shows. As a result, today I’m not inclined to offer any insights into current industry trends, mytho-historic archetypes or any of the other nonsense I usually blather on about. Instead, for a change, I’m going to simply list some of the things I find enjoyable about WWE.

John Cena: The IWC has been singing this guy’s praises for a while now. He’s a good wrestler, fantastic on the mic, and has a marketable look and attitude. All those years as a top player at OVW (as The Prototype) were not in vain. The problem, obviously, is that WWE’s current writing staff doesn’t know how to fully capitalize on Cena’s skills. They squandered an opportunity by giving him a weak victory over the Undertaker, and will likely job him cleanly to either Benoit or Lesnar, after which he will be pressed down to the undercard.

Eric Bischoff: When people praise the current incarnation of Easy E, they usually talk about his smooth delivery, gameshow host demeanor or dickish persona. All those things are noteworthy. But I think what makes this guy such a great on-screen personality is his subtle complexity. Sure, he hasn’t shown us anything but loud, abrasive vindictiveness, but there’s something in his delivery –more precisely, in his body language when he’s not talking– that betrays a subcutaneous insecurity or fear. It’s like he’s trembling on the inside. I don’t know if the effect is intentional, but if a heel wrestler could convey such duality, he’d be money in the bank.

Jonathan Coachman: Okay, no one else seems to like Coachman as a play-by-play man. I have to admit, he’s not the best. But I was so sick of hearing JR drag out the same sorry cliches every week that I was ready for a change –any change. JR’s worst sin was his hucksterism, his insistence on trying to convince the audience to see the play the way the office expects them to see it, rather than the way the audience chooses to see it. JR made wrestling seem more like a product than an interactive theatrical experience. JR offended me. At least Coachman brings a renewed enthusiasm and joy to the seat.

Michael Cole and Tazz: It’s easy to rag on Cole for being the over-hyped dweeb he often is. But it’s a difficult role he must play, and I think he does a passable job. Tazz’s veteran perspective is fascinating at times, and I appreciate his frequent self-ridicule. Being able to admit to not understanding certain words, for example, helps Tazz paint himself as a brutish street tough risen to a seat of comfortable security. It’s a nice act.

Team Angle: In an era of constructed personalities and video packages, it’s refreshing to be given two wrestlers who do their talking in the ring. We don’t really know who Haas and Benjamin are, and we don’t need to know. All we need to appreciate is that they are young, driven, highly skilled technical wrestlers –that’s the entirety of their schtick. Of course, now that they are the tag champions and are receiving a degree of fan acclaim, the WWE braintrust will try to infuse them with more personality. Eventually, one or both of them will be handed a gimmick and everything will come tumbling down. Remember: No Gimmick is Required. In the meantime, enjoy their work.

Matt Hardy: Who would have thunk that Matt would be the better of the two brothers? Everything about him is entertaining: his wrestling, his promos, his gimmick and his theme music. Still, I regret that an angle once suggested by a 411 writer (whose name I forget) was never explored: the Hardy Boyz as backstage detectives, discovering that Test and Albert and other heelish midcarders are actually —gasp!— smugglers!

Long Held Titles: Odd, isn’t it? A year ago the world title(s) was being switched almost on a weekly basis. Today, I can’t even recall when/if HHH was not the Raw champion. And every switch of the Smackdown title has been a big deal, too. This is a remarkable development, one that sees importance returned to the top belts. Mind you, I’m still opposed to having two world titles. (Heck, if you concede that another guy has a world title equivalent to your own, then it really isn’t a “world” title, is it?) So I wish they’d hurry up and have Brock Lesnar kick HHH’s ass and be done with it.

Poor Ratings: Ha! I love that the ratings are down. Why? Because poor ratings, beyond all else, have the best chance of convincing Vince McMahon that his ideas are stale and his daughter is talentless. It’s also reassuring that the North American audience did not want to see Katie Vick’s dead body being molested, or Scott Steiner discuss politics. There is hope for our society. Now let’s just hope that the ratings don’t go so far down that it kills the company or hurts the workers. Death of WWE is not required, just humility and self-examination. (Oh, that can be said for so many powerful institutions in this world.)

That’s enough for today. I have to get to back to brooding about the world. Until next time, I’m Raywat Deonandan.